The Continuing Inequalities and Pitfalls of Youth Unemployment 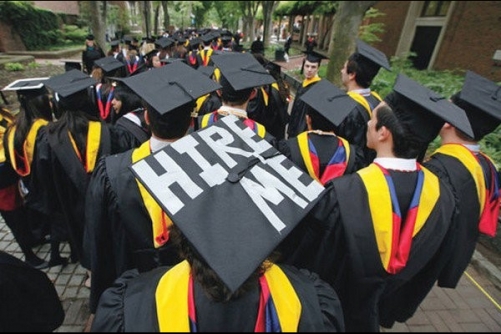 For many young people ambition and hope have been supplanted by feelings of despair and hopelessness due to the inability to find meaningful work after years of formal education.

In the European Union (EU), 14.6% of youths are currently unemployed. Currently, Spain and Greece have the worst youth unemployment rate with 1 in 3 young people are unemployed.

One of the primary explanations for high rates of youth unemployment in North America is very simple: there are not enough jobs. According to Lynn S. Chancer, Martín Sánchez-Jankowski, and Christine Trost, authors of the book Youth, Jobs, and the Future: Problems and Prospects (2018), young people face a deficit of over 4 million jobs. The book claims that, “nearly sixty percent of chief financial officers surveyed by Duke’s School of Business say they are not targeting Millennials in their hiring process, in part because they are perceived as disloyal and have poor work skills.” This kind of treatment towards youth workers can really hurt their careers. People who spend large amounts of time out of work in their teens and twenties face a lifelong risk of lower earnings, and are also threatened by future joblessness and a loss of relevant skills. Youths are struggling to get a job because of this discrimination against them. According to Forbes, the average university graduate is burdened by a debt of over $27,000 in student loans. Students who have lots of debt are especially hurt by this discrimination as it can severely inhibit their ability to pay off their student loans and advance with their careers.

If youths are able to find a job, their situation is still not good. The Organisation for Economic Co-operation and Development (OECD) cites the prevalence of temporary contracts among the 18-25-year-old category as a major factor in youth unemployment. Chancer, Sánchez-Jankowski, and Trost found that the jobs that do exist for youths are increasingly low-wage and low-skill jobs with scarce opportunities for mobility and advancement. These jobs do not allow proper and easy transition into future jobs to further enhance young people’s careers. Young people are more likely to be on temporary contracts and, thus, are often the first to go if and when companies lay off employees. Many experts are warning of another youth unemployment crisis. When the next global economic downturn occurs, young people will likely suffer the brunt of job losses in most countries around the world, as what happened after the Great Recession in 2008. The youths will be the first ones to lose their jobs compared to their adult counterparts.

After the Great Recession in 2008, many young people felt that their futures would be threatened. There were protests around the world fighting for their right to get a good job so they can have a stable and successful future. Youths will eventually be running governments and global organizations around the world. The continuance of uneducated and unemployed young people threatens the prospect of a prosperous and successful future for the world. When people work and have a stable income, they are more likely to contribute to the economic and social well-being of our society and reduce crime. Young people who are not able to find a job are more likely forced to resort to crime because they cannot find a stable job. This is not something that we should be okay with. We must continue the fight for youth employment so that eventually our generation will have the skillset and knowledge to help contribute to society.