The Future is YOUth
Youth for Justice
Sunday, February 28, 2021

Will Cellular Devices be the Future of Learning?

Home » Op-Ed » Will Cellular Devices be the Future of Learning?
back 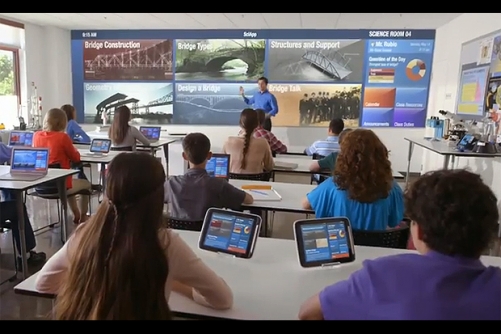 Teachers often complain that mobile phones disrupt lectures and distract students from learning.  A young generation of educators though have incorporated cell phones and other modern technologies into the classroom environment. FYOUTH questions whether the future of learning will be dramatically different in a few years.

At an elementary school in Surrey, British Columbia, teachers want students to use their cell phones in class. The new teaching strategy - BYOD for “Bring Your Own Device” - integrates student smartphones, tablets and laptops into the education plan. According to teacher Sheeba Amlani, “most schools are only equipped with one set of laptops or iPads and it’s not enough for an entire school to share these devices. So now they can research on their phones with of course the guidance of teachers.”

Classrooms can become globally interactive with students taking trips virtually to any country in the world. Digital voyages involving the use of 3D technology would make travel more accessible and safe in addition to benefiting the environment and the pocketbooks of parents.

“Technology is playing an incredible part of our learning environments, but the danger is letting it take over. I think by 2018 we will have established how to make the most of using different technologies as windows to accessing information—but no one will expect that to be a substitute for effective, intelligent teachers who engage with children,” Jo Heywood said, head mistress at an all-girls boarding school in Berkshire.

Schools and the classroom environment are undergoing huge physical changes in some jurisdictions.  New construction may eradicate the traditional mechanism of education. Structurally different classrooms will soon be followed by dramatic changes to the learning environment.

“There will be no whiteboards, no traditional desks or chairs. Recording equipment will allow pupils to assess themselves, and they will watch their performance later in a room of monitors. The focus is preparing students the world of work by teaching them how to present, convince and argue,” Richard Cairns said, the headmaster of Brighton College, in Sussex, U.K.

Several school boards in the U.K. encourage the use of 3D printing in the classroom in an effort to elevate learning standards in math and science.  Cell phones and other mobile devices appear to be making inroads into the classroom in support of the belief that modern technologies can play a vital role in a student’s education.

0 Reply to "Will Cellular Devices be the Future of Learning?"