Cycle Down Your Carbon Footprint

Home » Student Life » Cycle Down Your Carbon Footprint
back 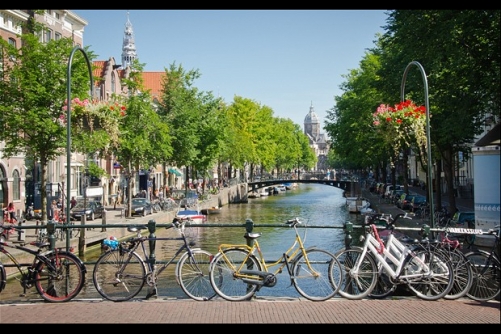 Throughout the streets of the world's greenest cities, Amsterdam, Stockholm, and Copenhagen, it would be impossible not to notice the amount of cyclists zipping through the city. These bicycle friendly cities also produce some of the world’s healthiest and physically fit people. With the infrastructure for cycling lanes in North American cities developing on a larger scale, it is becoming more logical to follow our European peers and incorporate the use of bicycles in our daily lives.

If cycling to save the planet is not reason enough to bike, you should consider saving yourself some cash. Cycling is incredibly cost efficient. The average car costs Canadians almost $13,000 annually, while cycling typically costs less than $300 a year. Don’t fret over cycling in the cold- your pockets will be lined with cash. The comforts in commuting by car may be appealing, but how cost effective cycling is cannot be ignored.

Don’t care about the planet and have enough cash? You should consider cycling to save yourself.  The three big killers in Western society are cancer, cardiovascular disease, and diabetes.  The most effective preventative against these diseases is maintaining a routine of daily physical exercise. Those who exercise frequently report lower stress levels, lower blood pressure and are less likely to be overweight and obese. Fewer than 16 percent of Canadians and 23 percent of American adults meet the physical exercise standard. Most youth are not exercising enough. Cycling is one of the best ways to ensure you attain that exercise goal, especially if you ride a bike to commute to school or work.

Check out your local bicycle shop or utilize your cities bicycle renting system. Go cycling to enjoy a healthy commute and a breath of fresh air. Whatever your reason to ride may be, you are making a difference for the planet and for your health whenever you opt to cycle.

0 Reply to "Cycle Down Your Carbon Footprint"