Education and the Global Cost of Knowledge

Home » Student Life » Education and the Global Cost of Knowledge
back 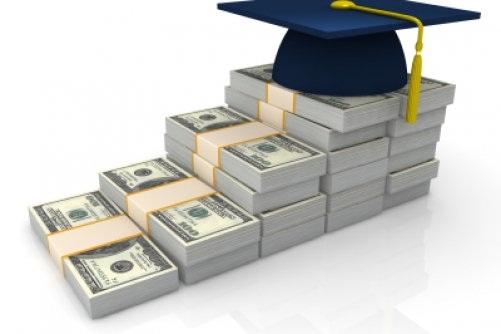 Graduating from high school can be a satisfying feeling for many students… until you realize that more education is required to get a high paying job.  Students face a difficult decision: build a career path with the best post-secondary school, or enter the work force with a high school diploma and a prayer for a long-term paycheque.

Students across the globe that are interested in furthering their education should probably start with a little introspection. One of the first things you should ask yourself is what kind of work or career do you like. Having passion for your first career is much more enjoyable than being committed to a job you despise.

Like most people, you probably see yourself making money doing a broad range of work.  The next question to self is what is the current state of the job market for the industries or professions you like? You are likely better off to observe and adapt to changing trends that could influence your choice of profession.

The cost of tuition is going to be a big factor in your choice of university or college. In Canada the average tuition cost is about $5,722 and almost $20,000 for international students. Local education is clearly less expensive in comparison to studying abroad, especially when you factor in accommodations.  For example, an Ontario resident that attends university or college in Ontario will pay on average tuition of $7,259 while the cost for international undergraduates to go to Ontario post-secondary schools is $22,886.

In Quebec, the differences in tuition rates differ significantly for Quebecers compared to other Canadians and even more so for foreign students. At Laval University in Quebec, the tuition rate the school charges to a Quebecois is only $2,813; a student from other Canadian provinces must pay tuition of $6,824 while the charges for an international non-resident surges to $17,281.

Harvard University situated in Cambridge, Massachusetts is one of the most prestigious universities in the world. The school is very expensive. The average tuition for a new undergrad is $37,576 and the total cost for one year of a Harvard education adds up to $54,596.

Florida State University tuition starts at $6,575 for local residents. If an American citizen or someone outside of the states were to study in Florida, the students can expect to dig deeper into their pockets. The FSU tuition rate rises to over $21,741, which is a lot of dough for a State that in 2010 had the third-lowest average tuition rates in the United States.

In Europe tuition for a student varies from each country in the EU zone. For instance, students advancing their higher education studies in Sweden may pay over $250,000 CAD for a Bachelor or Master’s degree while those striving for a PhD could attend tuition-free.

Brazil offers free public colleges and universities to local students, but that does not prevent 95% of students from paying for the privilege to go to a private institution in Brazil.  Post-secondary schools have become “market-oriented”.  The education system shifted gears and now treats the student like a customer because only 11% of Brazilians have a post-secondary qualification.

Today’s economic reality means receiving a post-secondary education is crucial for an individual’s success.  Youth unemployment rates are terribly high but the alternative of attending a top foreign school is an expensive proposition. Prospective students need to financially plan for their studies. Tough decisions involving costs and opportunities will hopefully produce a formal education with rewarding benefits.

0 Reply to "Education and the Global Cost of Knowledge"