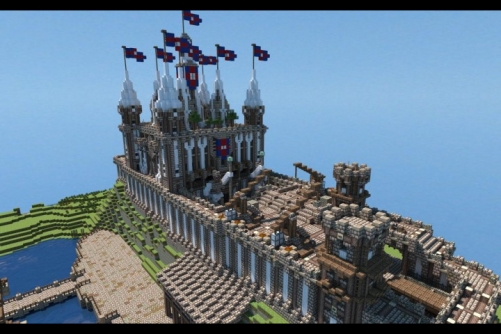 Who doesn't like to kick back, relax and enjoy a video game with some friends these days? Brands such as Grand Theft Auto and Left For Dead have captured the gaming minds of this generation. However, gaming preferences lately have shifted towards the casually appealing sandbox style games.
In 1999, EverQuest was released and launched an extremely profitable genre of games, called MMORPG (Massive Multiplayer Online Role Playing Game). This type of game incorporates the advancement of a chosen character, leveling up to acquire certain perks and skills. Since the game was played online in real time, considerable effort and strategy was required to be successful and players were enticed to invest numerous hours into leveling.
The genre was further enhanced with Jagex’s 2001 release of Runescape, which managed to stimulate an artificial in-game economy. The 2004 release of Blizzard’s World of Warcraft stimulated the MMORPG market to new heights within the gaming community. Shortly after the 2008 release of World of Warcraft’s Wrath of the Lich King expansion, the game reached its world record breaking 11.5 million subscribers. Eight years later, World of Warcraft is not what it used to be down to 8.3 million subscribers. In fact the entire MMORPG market is slowly losing its massive community to other, less time-demanding games.
Many MMO veterans jumped to alternative play styles. MOBA (Massive Online Battle Arena) games such as League of Legends have accumulated massive amounts of players totaling 32 million monthly active players. Another new game style is being referred to as "sandbox games", which provides a completely different experience for each gamer. Sandbox games are designed in an "open world" setting, meaning the game play has no distinct limits besides actual memory space. Sandbox style gaming gives the player the option to decide how he wants to play the game, typically without burdensome rules or regulations. Unlike MMO style gaming, sandbox games are not based in real time. Players customize their own gaming experience.
Sandbox style gaming has always been a large factor in the console market (PlayStation, Xbox and Wii), with games such as the Grand Theft Auto Franchise. However PC sandbox games have only recently gained popularity. The open ended nature of sandbox style games results in only 30% of gamers actually completing the full game.
Sandbox style games such as Minecraft have revolutionized the gaming industry. At the 12 million active players mark for the PC, as well as the 10 million pocket edition and 6 million Xbox edition players as of June 2013, Notch's Minecraft is rapidly climbing the charts as one of the Western world’s top played games. Designed by, Marcus Persson, aka "Notch", Minecraft truly acts as a perfect definition of a complex sandbox game. It gained popularity after its 2009 alpha release, and Minecraft is now one of the world’s most watched gaming series on YouTube. It’s interesting to see a game so simply designed: a series of blocks loaded in an endless generating world contains incredible fascination. Where the main goal was to originally construct builds (much like a digital version of Lego), the game developed into an interactive multiplayer experience, mainly because of its active community. Although it doesn't hold League of Legend’s massive player base, Minecraft is still climbing, block by block, to cyber world domination.

0 Reply to "The Sandbox Game Revolution"