Athletic Empowerment of Youth at Sochi

Home » Sports » Athletic Empowerment of Youth at Sochi
back 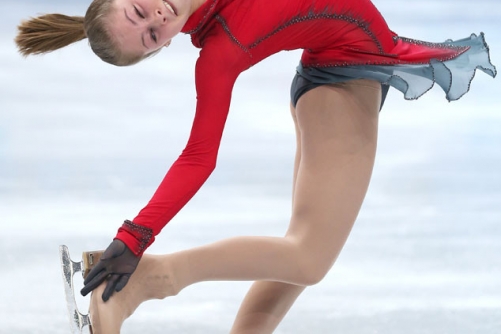 Young Olympians are performing incredible feats of athleticism at this year’s Winter Games.

The indelible skating display of 15-year-old Russian prodigy Julia Lipnitskaia (featured in the photo) produced a gold medal for Russia in the Team Figure Skating Overall. High school junior Julia started the youth hype in a remarkable skating round that has left the country dubbing her as the next Olga Korbut, who won three gold medals for the USSR at Munich in 1972. Russia’s little darling was born on June 5, 1998. Julia managed to make the cut into the Olympics by a mere 26 days. (Olympic athletes have to be at least 15 on July 1, a year before the Games.)  Since then she has left the world stunned by her aspiring talent.

Canadian teenager Justine Dufour-Lapointe, age 19, from Montreal won gold in the women’s moguls. Justine’s 22-year-old sister Chloe won silver and the two stood side-by-side on the podium. This is the first time in Olympic history that two siblings have won gold and silver in the same event.

At the Men’s Snowboarding Half-pipe, 16-year-old Seamus O’ Connor finished in 8th place in the semi-finals. Although he is born in San Diego, United States, Seamus chose to proudly represent Ireland due to his rich Irish background.

Many of the world’s young athletes are inspiring other young people around the world to pursue their Olympic dreams. Age is not a restriction but an empowerment to believe that you can achieve!

0 Reply to "Athletic Empowerment of Youth at Sochi"