Home » Entertainment » 12 Years Worth Watching
back 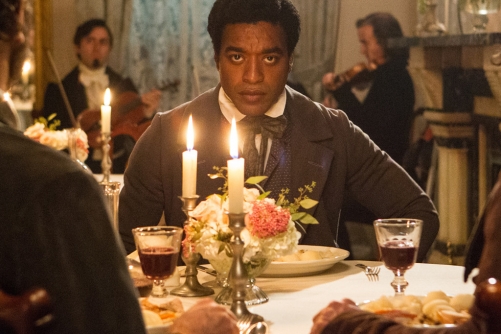 12 Years a Slave generated considerable Oscar buzz this year, but it stands as a very difficult film to watch.

The memoir of Solomon Northup, 12 Years a Slave, was first published in 1853 and the movie was first released in 2003! The terrifying true story about a free-born black man that was kidnapped, taken to New Orleans and sold into slavery has provoked much discussion.

The film depicts slavery as a destruction of social construct that drains humanity from everyone that is affected. The film shows how good men face moral quandries, flawed men are turned into cruel monsters and how slavery reduces a human into an inanimate tool production.

The movie artistically delivers emotional trauma by demonstrating the desperation and despair encountered by black slaves. As Solomon Northup said in the movie: “I don’t want to survive. I want to live.”

Slavery is a difficult concept for modern movie goers to enjoy watching on the big screen, and it rarely makes the move to fun and lively conversations. Any kind of slavery is not good but sadly it still exists in some parts of the world. So although 12 Years a Slave is a tough and uneasy film to watch, FYOUTH predicts the movie will win an Oscar for Best Picture. Kudos to Steve McQueen for taking such risks into adapting the true story of a black man going through slavery, and for taking over 10 years to release the film worldwide.