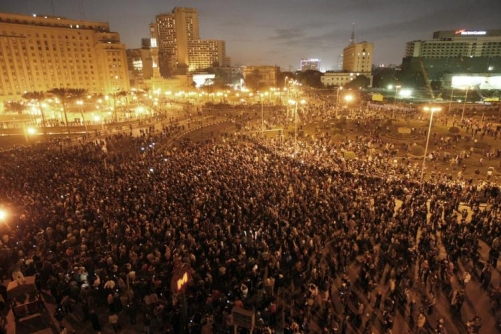 Over 1.11 billion people around the world use Facebook. What started out as a simple way to connect with friends has now evolved into a powerful multicultural political machine, and a hyperlinked agent of change throughout the world.

Youth of the Middle East are increasingly using popular social networking sites like Facebook to transfer emotive pictures of human struggle.  In Egypt, young people created a fascinating page on Facebook to raise awareness of the excesses of the military regime in the country.  Those instances known as the Arab Uprisings of 2011 were reported on FYOUTH as the cries of young teenagers simply wanted to enjoy basic human rights and freedoms in peace.

Social media nowadays used to solicit support for causes and conflicts all around the globe, but its use a few years ago in the freedom movement in Egypt was unprecedented for the Arab region.  The Egyptian government of Hosni Mubarak shut down the Internet, and used military force against student demonstrators.  Eventually the young challengers won the battle on the streets and in cyberspace.  The government of Egypt was overthrown and democratic elections were held in June 2012.

Mohamed Morsi was elected President of Egypt and took office on June 30, 2012. Egypt’s democratically elected government known as the Muslim Brotherhood appeared to be on the verge of introducing a new culture of youthful ideas.  Unfortunately, the tough-fisted leaders of the military establishment did not appreciate the revolutionary spirit and they took steps to regain power.   The CIA has been reported to have recruited young activists to demonstrate their discontent on the streets and through social media.  The number of followers on Facebook’s many movement pages quickly accumulated and the attacks on Morsi's record as well as the agenda came from all directions.  Demonstrations and political upheaval, largely encouraged and organized through social networking, resulted in the military ousting of Morsi from power over the summer of 2013.

The Arab world is entering a new phase of the Facebook Revolution.  Social media greatly assisted in the creation of a democratic state in Egypt.  Yet the horrors being inflicted upon young activists in Egypt and Syria have been world-broadcasted. As a result of this, social media movement has stalled.  We are collectively bewildered and agog at the atrocities that the elderly will inflict to kill the hope of Egypt's young for a more prosperous and democratic country.  The Facebook Revolution seems to mock the relative powerlessness of social media against the military’s tanks, guns and chemical weapons.

Youth activists must not despair.  Approximately 60% of the people now living in the Middle East are under 30 years of age.  As these young people increasingly turn to the Internet to spread words of protest for change, social networking will become an invaluable tool in the battle for justice and freedom.  The youth in Egypt demonstrated the power of social media when they refused to "click the like button" on Mubarak in 2010, and again when they demonstrated disdain for the 62-year old Morsi in 2013.  Even though Western leaders, particularly those of the US and Israel, were not enamored with the results of Egypt’s elections, the Facebook revolution showed social media was a powerful tool for social and democratic change.

Democracy is not always the answer.  The 2006 Palestinian elections, which were the brainchild of the West, resulted in Hamas, the Sunni Islamist organization, winning a majority in Parliament.  Hamas had been considered a terrorist organization at times in the US, Canada and the European Union.  In an inevitable reversal of the use of social networking, the leaders of Hamas use both Twitter and Facebook to communicate their anti-Israel and anti-Arab Spring propaganda. They reached out to 55% of Gaza youth that make the daily use of the internet demonstrating clearly that social media can be used to both foment and discourage societal change.

As the Middle East continues its quest for more freedom and opportunity, it's up to the youth to spread the word. Facebook and Twitter have played a key role, but ultimately, it's their collective bravery and effort that's truly commendable. Many young people have gone far beyond posts on Facebook pages. When they could no longer rely on the internet for support, countless numbers took to the streets to protest their views, some unfortunately becoming victims of police brutality. A scenario to this would be when a 12-year-old boy was arrested from school after chanting anti-military coup chants or when a group of women including a schoolgirl, was attacked and killed during an anti-military march protest.

Despite all this, the youth of Egypt carry a heavy burden, but also tell an inspiring story, and truly are a reflection of modern youth activism at its best.