The Future is YOUth
Youth for Justice
Wednesday, September 28, 2022 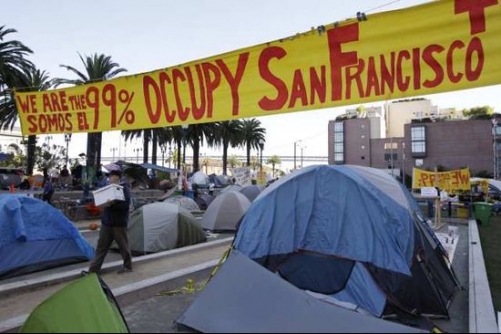 Activists across the U.S. joined in worldwide May Day protests Tuesday, with anti-Wall Street demonstrators leading the way in some cities as they tried to recapture the enthusiasm that propelled their movement last fall.

In San Francisco, about 200 people took over a vacant building owned by the local archdiocese and targeted in previous protests. Two men on adjacent rooftops lobbed pipes and bricks at officers.

Police Chief Greg Suhr told reporters he assumed some of the people inside the building were part of a group that vandalized shops, cars and a police station during a pre-May Day demonstration Monday night.

The dismantling of similar encampments across major U.S cities has stirred a rather redundant sense of confidence amongst city mayors in further pushing the Occupy movement against the brinks of coercion and exploitation. How convenient!

But the rejection late on Tuesday appeared to harden lines between the city and protesters, with a city negotiator saying officials wanted tents gone from the current site by noon on Thursday but stopping short of issuing an ultimatum.

Evicting and the removal of campus continue to be consistent elements for the past few weeks now…however one should reflect on the reality and further investigate the success of distinguishing the Occupy movement.

Will eviction stop the protestors from setting up camp in public spaces? Is eviction counter-productive to the efforts of mayors and city municipalities in end further facilitating rage and outward emotions that are further escalating the saturation of protestors and camps?

FYOUTH: What do you say to that?