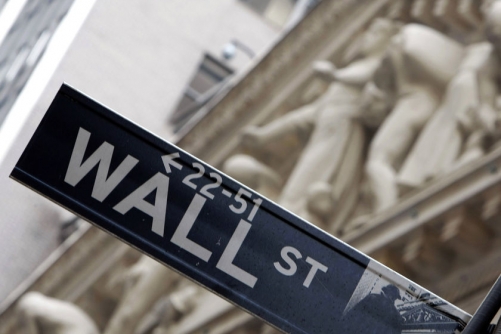 MOSCOW- RT's Occupy W@ll Street Application is in the finals of the PromaxBDA Global Excellence Awards 2012 – the most prestigious award in television design and marketing.

The Facebook application (http://apps.facebook.com/occupyws) is based on the global Occupy Wall Street (OWS) movement and is available to everyone on Facebook. It was inspired by the global social and political phenomenon which began in the US in 2011.  RT was one of the first channels to extensively cover the OWS movement, before it gained serious attention from the mainstream media.

Occupy W@ll Street is the first Facebook app by RT. The app enables visitors to leave their mark and comments on the global stage through a virtual map of the New York financial market.  The game is designed so that any user can occupy his or her piece of real estate near Wall Street and downtown New York.  App players can take a stand, leave comments, chat with others across the globe, share their Facebook profiles, invite friends, read news, and join the Occupy community from the comfort of their own homes.

Police conducted a surprise overnight raid at Zuccotti Park in November, clearing scores of protesters who had set up tents at the plaza near Wall Street and dealing a significant blow to the movement's potency.

As part of the sweep, Occupy claims, police officers seized approximately 3,600 books from the "People's Library" that had been donated to the movement. The protesters claim only 1,000 were returned, 200 of them in unusable condition - including a copy of Mayor Michael Bloomberg's autobiography.

The lawsuit alleges several constitutional violations, including due process and unreasonable seizure claims. It names Bloomberg, police Commissioner Raymond Kelly, the city's sanitation chief and unnamed workers who may have destroyed the books.

NEW YORK — The Occupy Wall Street movement has attempted to breathe new life into its campaign against inequities in the global financial system with a series of May Day protests across around the US.

The streets of New York were awash in Occupy Wall Street protesters and their supporters marking the spring revival of the movement that spread around the world.

Hundreds marked May Day on Tuesday with protests, marches and rallies. Police said Wednesday that more than 50 people were arrested.

At one point, people spilled out onto Fifth Avenue in a confrontation with police. Marchers briefly flooded the avenue and blocked traffic before police in riot gear pushed the crowd back onto the sidewalks. The group chanted: "We are the people. We are united!"

Earlier in the day, activists spread out over the city with Occupy members leading a charge against financial institutions. They faced police lined up in front of Bank of America on West 42nd Street and chanted: "Bank of America, bad for America!"

Threatening letters containing a white powder that appeared to be corn starch were sent to some institutions in the city. Three letters were received on Tuesday: two at News Corporation headquarters and addressed to the Wall Street Journal and Fox News, and one at Citigroup. The message in the letters said: "Happy May Day".

Seven letters were received on Monday at various banks. One was sent to the New York mayor, Michael Bloomberg.

In the spirit of spring rebirth, the Occupy movement is stacking up activities as the warm weather continues to submerse the country. Although the season continues to reawaken life outdoors, demonstrators are using sleep to get their point across. They call it "sleepful protest."

The sleeping bags first started appearing on the corner of Wall and Broad streets across from the New York Stock Exchange on April 9. A federal district court judge said people can sleep on sidewalks as a form of political expression as long as they take up no more than half of the sidewalk and don't block any doors.

Occupy organizers announced a month ago that the Occupy movement would be planning a 'comeback' in the spring and summer. Some city and state governments, armed with new legalities and court orders, are aiming to dismantle the Occupy movement, preventing demonstrators from re-establishing encampments.

"The goal here is to not violate the law and not give the police a reason to move the group," said Ted Schulman, who has taken part in Occupy demonstrations for several months.

Occupy organizers are calling for large-scale demonstrations across the country on May 1 in conjunction with the labor movement's International Workers Day.

Occupy Wall Street were the forerunners of the Occupy Movement.  The small bunch that first gathered on September 17, 2011 in a park near Wall Street in New York City transformed their collective joblessness into a worthy cause.  Several young protesters expressed their dislike of the $800 Billion package given to the corporate elite while welfare benefits and social programs were being slashed.

OWS started with a bunch of thin cats peeved at the riches bestowed upon the chosen few, the 1% .  The Occupy Movement that wanted Americans to take note of increasing economic inequalities has spread to over a 1,000 occupation sites around the world.

On November 22, about 100 Occupy Wall Street activists completed a grueling 231-mile journey from New York City to Washington, D.C.  The people walked through rough conditions to arrive on Tuesday around 3 pm to set up camp in McPherson Square in downtown Washington.
One incredible protester, 23-year old Owen Johnson, marched the entire route without shoes.  Mike Gibb, 21, explained the determination of these crusaders for economic justice:  “I will march till my feet bleed to make this point... You may ask why I went on this march. I ask you, ‘Why didn’t you?’ ”

On Wednesday Dec 14, Occupy protestors filed into lines as entering the fourth floor of the 346 Broadway courtroom, one that is reserved for minor infringements. Many of the protesters, numbering nearly 200, had last seen each other in October when they were all arrested for crossing the roadway of the Brooklyn Bridge.

Most defendants agreed to arrangements that will allow for their charges to be dismissed if they are not arrested within the next six months. However, there were others who declined this offer insisting that they wanted to go to trial, fight every charge been laid and in effect do their part in 'occupying' the court system.

In total, court officials said, 351 summonses were addressed; most of the protesters faced two separate charges. One hundred eighty-two summonses ended with dismissal agreements; 139 will move forward, perhaps to trials. Judge Ross issued 30 arrest warrants but suspended their execution until January.
One was Mike Dobsevage, 35, from Danbury, Conn., who said he thought the police had used “trickery, deceit or entrapment” while stopping and arresting the protestors on the bridge. The police said the demonstrators had been warned that taking to the roadway meant that they would face arrest.

Mr. Dobsevage said, “It’s better that this is examined in a court of law instead of being hidden away under a sealed charge.”

More than 700 people were arrested for the Brooklyn Bridge demonstration on Oct. 1. The stream of defendants through summons court is expected to continue this week.

Several defendants, it turned out, could not appear and had authorized their lawyers to enter pleas on their behalf. Among that group were several students taking midterm exams at distant colleges, a professional musician on tour and one man whose lawyer said he could not attend because he was in the middle of a hunger strike in Washington.

Fri, Dec 30, 2011
I like the imagery of cool thin cats vs rich fat cats. The activists are volunteering huge amounts of their limited time on this earth because they believe or, more likely, HOPE these protests will encourage real change. The London riots of 2011 arose because of lost hope brought about by youth unemployment. Imagine being 25 and not having had a real job for your entire life. With economic inequalities in the US on the rise, we may see UPRISINGs across America in 2012

Wed, Nov 30, 2011
OWS started with a bunch of thin cats peeved at the riches bestowed upon the chosen few, the 1% . The Occupy Movement that wanted Americans to take note of increasing economic inequalities has spread to over a 1,000 occupation sites around the world.
Please send your feedback to editorfyouth.com