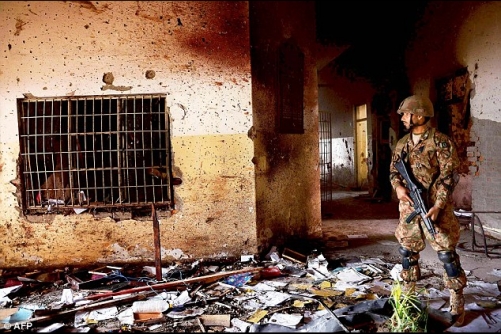 A successful journey of life often commences with attending school everyday. While students in the Western world may view school as a tedious task, millions of people in third world countries, particularly women and girls, struggle with basic access to primary education.

In 2000, all nations agreed to the United Nations Millennium Development Goals to make the world a better place. At that time, all 189 UN member states (there are 193 currently) committed to attaining the goals of universal primary education for all children.

The United Nations reports that enrolment rates for all children in school had increased significantly from 83% in 2000 to 90% in 2011. The number of children out of school declined by half from 102 million in 2000 to 57 million. Even Sub Saharan Africa has seen improvement in forwarding children to educational institutions with the enrolment rate climbing from 60% to 77% from 2000 to 2011.  In North America enrolment rates remain consistently high at 97%.

Against the backdrop of widespread support for universal primary education, several Muslim terror organizations follow strict interpretations of Sharia, or Islamic law, to forbid Western style education for girls.  In October 2012, the Taliban shot Pakistani Malala Yousafzai in the head while she was on the bus heading to school.  Malala survived and became an inspiration for millions of people worldwide in the fight for education to all. Her book I am Malala became a bestseller and Malala was nominated for the Nobel Peace Prize in 2013. The Taliban’s goal to silence Malala backfired as she has become a recognized activist promoting rights to education for women.

Malala’s father, Ziauddin Yousafzai stands by his daughter’s side to promote education for all. He explained that, “ civil societies must pressurize the government to change their laws. Your own voice is the most powerful voice when it comes to your rights. Malala’s voice was like a crescendo. It spread all over the world. She was the smallest, yet her voice was the biggest.”

Although countries around the world are making progress into achieving primary education, the United Nations 2013 report noted that enrolment rates for school-age children had declined in certain regions, which means that the Millennium Development Goal of universal primary education is unlikely to be fulfilled by its 2015 deadline.

Organizations such as the Islamic terrorist group Boko Haram are partly responsible for undermining the goal of universal education for all children.  Boko Haram translates to “Western education is forbidden!” The organization is determined to regress civilized society and they are using the guise of religion to excuse themselves from crimes against humanity. Recently, Boko Haram kidnapped 300 Nigerian schoolgirls, sold them as brides to militants for 2000 naira ($12) and unleashed bombing attacks, killing more than 30, near the village where the girls were kidnapped.

A new video not released publicly was filmed in a jungle after more than a month of the girls kidnapping. The video, shot on May 19, revealed that the children appeared to be healthy, except the pupils who have fallen ill, and one with a broken wrist. In the clip, eight girls pleaded for release as they stand in front of the camera. They are seen dressed in their home-made school uniform with few saying, "my family will be so worried," "I never expected to suffer like this in my life," "They have taken us away by force," and "we are not getting enough food." The video has since been passed to Nigerian president Goodluck Jonathan for review.

The situation unfolding in Nigeria is appalling and repugnant.  Yet, underlying the tragedies of terrorism there seems to be uncomfortable acquiescence for the notion that children, especially young girls, should not be educated to understand the norms of our 21st Century global society.  FYOUTH urges you to break through the veils of suppression imposed under certain cultures and religions and to pressure your communities and governments to pursue actions that encourage universal primary education for all children in the world.