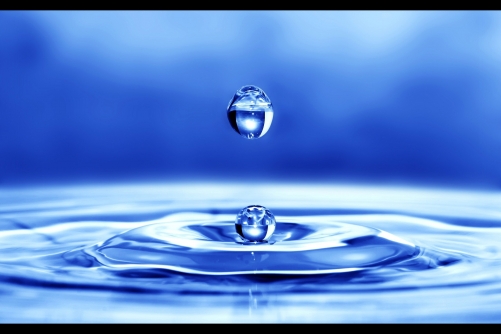 Global warming is damaging the Earth in many ways with the greatest travesty being human’s impact on water. Although roughly 71% of Earth is covered in water, humans can only drink freshwater, which equates to less than 3% of the water on Earth. A large portion of the world’s freshwater, about 70% according to the World Bank, is used for the growth of crops. Only a very small percentage of freshwater is suitable and used by humans to drink. This is a big problem because clean freshwater is essential to our survival. We can live for a month without food but will die in less than a week without water.

Rising temperatures greatly affect the world’s freshwater supply. In Canada, temperatures have increased by above average 1 degrees Celsius over the last one hundred years. A great deal of freshwater we drink is extracted from aquifers (groundwater). These are layers of sand and rock that store water hundreds of feet below the surface, with some as deep as 5 kilometres (3.1 miles). Aquifers are mainly fed by rainfall that seeps through the ground. With the rise of temperatures, the availability and distribution of rainfall, snowmelt, river flows and groundwater change in a manner that depletes aquifers and deteriorates water quality.

The rise of the human population is also creating water scarcity. In the twentieth century, the total global population tripled while water usage went up sevenfold. The extremely increase in global consumerism and lavish lifestyles means increasingly more freshwater will needed to be used for people to drink and to provide food and energy.

Scientists have calculated that if the world does not conduct proper climate change policies by 2025, two-thirds of the world could be living with water scarcity and by 2050, with an additional three billion humans living on Earth, the global water supply will need to increase by 80% in order for humans to survive. Population growth and higher living standards around the world will require ever increasing quantities of the dwindling supply of freshwater.

When climate change interacts with heavy pollution the impact on civilization is huge. In China according to the World Health Organization (WHO), 700 million people drink water that does not meet minimum safety standards set by the WHO because 90% of China’s aquifers have been contaminated. Former World Bank executive, Ismail Serageldin, boldly predicts “the next World War will be over water.”

Youth can fix this water problem through innovations. For instance, water supply could be increased if we generate improved ways to extract humidity from the air to produce water. Air enters a system and is chilled to a dew point. Once that happens, the moisture that is produced is collected by special stainless steel or coated foils and fed into a filtering chamber. Advanced filtration technology would then purify the water to make it ready to drink. A similar technology uses, instead of humidity, the water molecules in fog.

Another fascinating and relatively inexpensive solution may be to mix electricity with saltwater. Shock electrodialysis interestingly does not require a barrier separation between the sodium particles and the water. Essentially, when an electric shock is applied to a stream of flowing water, it breaks the stream into two channels. One stream is the sodium collected from the shock as well as other contaminants, the other stream is freshwater. The freshwater may also be sterilized due to the electric shock.

Innovation is what young people do. To prevent a water scarcity crisis, we need to generate new ideas and make improvements to help bring freshwater to every individual on Earth. Water scarcity will be one of the most important issues in the coming decades. Increased research and support for innovation seems to be the only way to save the world from disaster.

0 Reply to "Water: A Scarce Commodity"