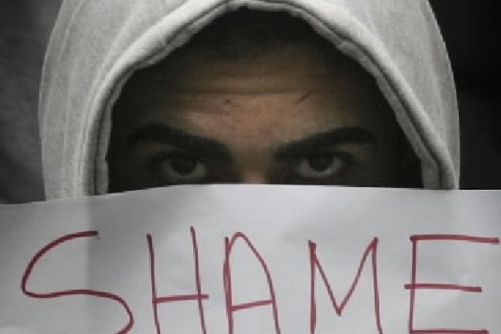 We are not looking for the return of Steve Jobs.  While the iconic entrepreneur responsible for iPods, iPhones and iPads will surely be missed by young techies around the world, the greatest casualty facing young people nowadays is the loss of decent paying JOBS.

The latest stats from the Organization for Economic Co-operation and Development (OECD) there are 2.5 young people looking for jobs compared to every one older worker looking for employment.  The OECD, which includes U.S., Canada, Australia, New Zealand, Japan, South Korea, Mexico and most European countries, reports that the unemployment rate for non-students between the ages of 15 and 24 was 17.2% in the OECD area in the 3rd quarter of 2011 compared with an unemployment rate of 7% for adults, aged 25 and over.

Many of these unemployed young people have never been employed nor are they in school or training for work.  This highly marginalized group account for 12.2% of all youth aged 15-24 in the 30 OECD countries where such data was available - 22.3 million inactive and unemployed young people living in the so-called rich nations of the developed world!

Idle youth represents the core complaint of the Occupy Movement.  What other group has enough time and desperation to camp and protest in public spaces? Essentially, governments and businesses around the world must do a much better job of creating jobs for young people.

FYOUTH calls out governments around the world - and yea, that includes re-elected President Obama too - to adopt the following dynamic and innovative youth employment agenda:

Vocational Education:  Schools and co-coordinators should strive to better match the skills that young people acquire at school to those needed in the work force; Increased funding of vocational courses and education of trades; and implement a greater range of training programmes.

$ - Governments should Increase funding of job-search assistance programmes for youth; Introduce tax incentives in the form of wage subsidies to encourage employers to hire low-skilled unemployed youth > this tax policy initiative can either come in the form of a general employment tax credit or as a carefully targeted tax expenditure for small and medium-size businesses to encourage paid intern and apprenticeship contracts

Our priority target is to call upon educational institutional authorities to expand opportunities for “study and work” programmes to improve skills and job prospects for youth.

Temporary contracts have become the bane of the 18-25 age group.  Contract jobs are the main reason for the recent increases in youth unemployment. Young people are more likely to be on temporary contracts and, thus, are often the first to go if and when companies lay off workers.

Chronic youth unemployment will exacerbate the economic differences within society.  Some 20 year olds have never held a decent job in their lives.  People who spend large amounts of time out of work in their teens and twenties are most likely to become lifelong lower earners. Many unemployed young people are also graduates that are overwhelmed by huge student loan debts.  That is a job search under killer stress !

Tue, Jan 10, 2012
As a high school student, I can totally relate to this article. Since last summer, I've been looking for part time jobs everywhere with no luck, because all they offer for young people are for serving fast food, being camp counselors, working clothing retail stores. Trust me, even these are hard to obtain because since where are so little of them, many unemployed students are fighting over those positions. My accounting teacher (in her fifties) said she worked in a real estate firm when she was thirteen, but these days it would never happen, because employed believe young people these days aren’t as mature and responsible, so they would rather offer these positions to people with more experience. Honestly, if they wouldn’t offer these positions to young people, how would they ever expect them to have experiences?
Please send your feedback to editorfyouth.com