A Generation at Risk

Home » Student Life » A Generation at Risk
back 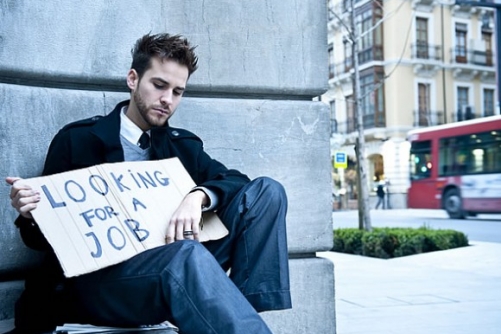 Over seventy million young people around the world between the ages of 15-24 will be out of work by the end of 2013 leaving a “generation at risk” due to lower earnings and fewer job prospects.
Global youth unemployment rate is now at 12.6%, an increase of 3.5 million from 2007-2013, and according to the International Labour Organization, a United Nations agency, the job prospects for this generation may worsen.“The long term consequences of persistently high youth unemployment includes the loss of valuable work experience and the erosion of occupational skills,” said Jose Manuel Salazar-Xirinach, ILO Assistant Director-General.
The number of unemployed young people vary significantly for each region of the world:
North America: 17.4%
Latin America/Caribbean: 14.3%
European Union: 21.4%
Central and Southeastern (non EU) and CIS: 17.6%
North Africa: 27.9%
Middle East: 26.5%
SE Asia/Pacific: 13.5%
These uncertain economic times have resulted in very certain imbalances in unemployment rates.  Forty per cent of the world’s unemployed are young people under the age of 25.  The unemployment rate for adults is a mere 4.5%.
Many youth around the world have simply given up the search for work. Some have taken it to the next level by protesting aggressively and calling out for their governments to take action. Others have complete distrust in their country’s socio-economic and political system leading to riots.
In Spain, 56% of soon-to-be Spanish workers under 25 remain jobless; 27% of them have college degrees under the Spain’s General Worker’s Union. “Youth unemployment is dramatic. It’s jeopardizing the opportunity for future prosperity and growth,” said Jose Maria Aznar, former prime minister of Spain.
In Italy, 40% of Italian workers under 30 are jobless while in Egypt youth unemployment is at its highest in the Arab Spring World striking at the summit of 54.1%. Palestine falls to second with 49.6% according to the United Nations Development Programme.
In the western world, youth unemployment attempts to prevail with consistency. In the US the rate for 16-19 year olds rose to 13% last month, which is triple the overall rate of unemployment.  In Canada, the unemployment rate for youth declined by 1.2% to 12.9% as plenty of youth dropped out of the job market with no hope or future job prospects in sight. In Toronto where FYOUTH is based, the unemployment rate for young people is over 18%.
The rapidly increasing trends relating to youth unemployment is hit hard like a typhoon that creates a wave of destruction against the hopes of a generation.  FYOUTH asks that you step up and let your voice be heard.  Schools, governments and employers need to work together with us to create a solution.

0 Reply to "A Generation at Risk"