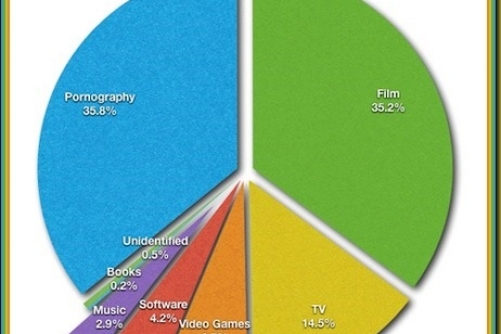 According to a 2011 study by envisional Ltd of Cambridge, UK, pornography continues to be the top trafficker of data volumes on the Internet — but only slightly greater than most movie and film downloads.  Of course, it is possible that plenty of the streaming video that comprises the growing film category may contain various sexual images.

Of all file traffic surveyed 35.8 percent was pornography, movies made up 35.2 percent, and coming in third is television programming at 14.5 percent.