Lads and Lassies, up for a Laugh?

Home » Student Life » Lads and Lassies, up for a Laugh?
back 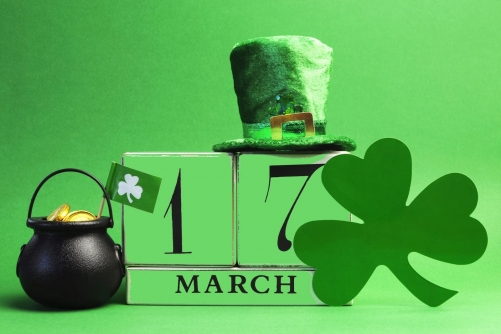 An Irishman had been drinking at a pub on St. Patty's Day up until the bartender declared that the bar was closing. When the Irishman stood up to leave, he fell flat on his face. He tried to stand one more time; same result. He figured he'll crawl outside and get some fresh air and maybe that will sober him up. Once outside he stood up and fell flat on his face. So he decided to crawl the 4 blocks to his home. When he arrived at the door he stood up and again fell flat on his face. He crawled through the door and into his bedroom. When he reached his bed he tried one more time to stand up, but he quickly fell right into bed and fell asleep as soon as his head hit the pillow.
He was awakened the next morning to his wife standing over him, shouting, "So, you've been out drinking again!!"
"What makes you say that?" he asked, putting on an innocent look.
"The pub called. You left your wheelchair there again."

During a visit to the Pope, U.S. President Obama noticed a red phone on a small table in the corner of the Pope's office. After several minutes of conversation, Obama asked the Pope about the red phone. The Holy Father told him that it was a very special phone with a direct line to God, but that the Pope rarely used it because it cost $20,000 a minute from the Vatican.A few days later, Obama visited the Archbishop of Ireland where he saw a similar red phone in the Archbishop’s office. Being curious, Obama asked the Archbishop what it was used for. The Archbishop told Obama it was a direct line to God, and he used it whenever he had a puzzling question or concern. Obama commented that the calls were quite expensive since the Pope had to pay $20,000 a minute when he used his red phone in the Vatican.

"Oh no," replied the Archbishop, "In Ireland it's a local call."

Gallagher opened the morning newspaper and was dumbfounded to read in the obituary column that he had died. He quickly phoned his best friend Finney.

"Did you see the paper?" asked Gallagher. "They say I died!!"

FYOUTH would like to wish all its readers a very safe and Happy St. Patrick's Day!