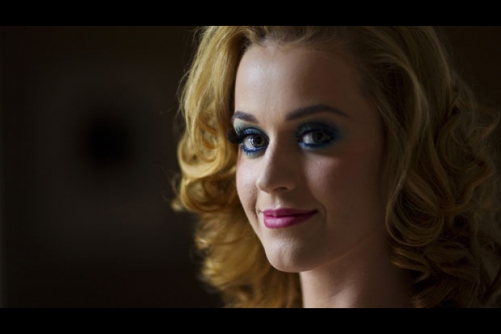 Katy Perry and “Harry Potter and the Deathly Hallows Part 2” were the big winners of the night at the People’s Choice Awards. The 38th annual show, held Wednesday night in Los Angeles, celebrated selections made by 40 million voters.

Perry took away the most awards, sweeping five categories, reports the Associated Press including favorite female artist, tour headliner, song of the year for “E.T.” with Kanye West, music video for “Last Friday Night” and TV guest star for “How I Met Your Mother.”

Kim Kardashian was named Favorite TV Celebreality Star. Gene Simmons and Kathy Griffin, who both lost in this category, have got to be ticked.

“How I Met Your Mother” was also the big winner in the television category, beating out Emmy winner “Modern Family” and hits like “Two and a Half Men” and “Glee” to take the favorite network TV comedy statue.

A solemn moment came at the event, which was hosted by “The Big Bang Theory” star Kaley Cuoco (Love to love her), when veteran actor Morgan Freeman was awarded a favorite movie icon award.
Did YOU watch the People Choice awards? Who were some of YOUr favorites from the night?