The Power of the Internet Hooks Youth

Home » Student Life » The Power of the Internet Hooks Youth
back 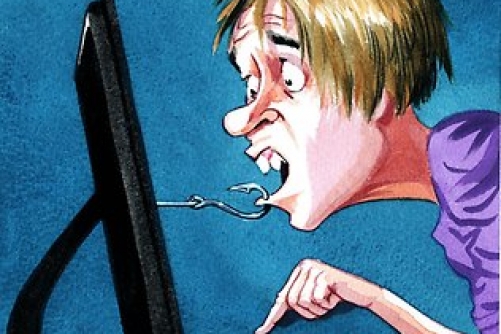 Teenagers from age 13 to 24 spend on average about 16.7 hours a week surfing the web while the second most popular leisure activity for young people is watching TV at 13.7 hours per week. Survey results also disclosed that teens listened to radio and music for 12 hours, talked on the phone for 7.7 hours and read books and magazines for personal entertainment for 6 hours weekly.

Although young people are exposed to 200+ cable channels, over 5,000 magazines, thousands of radio stations and millions of websites daily. This generation of youth is in “control’ of their media consumption. Teenagers are able to effectively multitask in this fast paced digital world.

Many people predicted the death of television would follow after the surge of the Internet long ago, but that may not be the case. Online streaming services such as Netflix, Hulu, and Amazon allow the consumer the capability to watch their movies and TV content on personal computers. So the Internet has actually encouraged young people to watch more TV and binge watch on their preferred shows, that are available online.

The increased usage of the Internet has resulted in a decline on teens hanging out at the mall. Trips to the mall are down by 30% over the last decade. However, teenagers are spending more money out of their wallets on food, dining out and buying their own clothing.

Today’s generation is quick to adapt to change and are proficient with the use of new technologies. A person’s spare time is often multi connected but this does not stop them from being hooked onto the computer when they were only checking an email or sports updates.

0 Reply to "The Power of the Internet Hooks Youth"